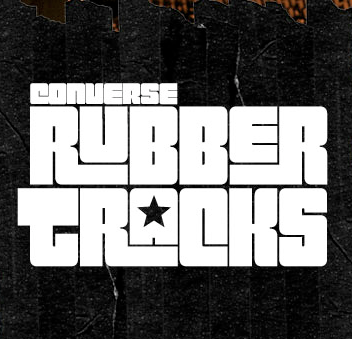 For the next two days, we'll be in the big NYC, putting in work at the Converse Rubber Tracks Recording Studio! Yeah, we're kinda excited.

Back in March, you might remember we were down in Austin, TX for SXSW, playing the Weekly Dig X Converse, BOSTON > AUSTIN party. The good folks from Converse that came down to Texas presented us with a Golden Record! It was a key to the brand new recording studio that they were building in Brooklyn, NY. Converse gave out these records to ten (10!) bands at SXSW that they liked and wanted to help break in their recording studio.

Rubber Tracks opened only two months ago. We're the first Golden Record band to come in for their session. We'll be recording a few tracks that we'll hopefully get in your hands very soon!

In the meantime, here is a live clip from the Weekly Dig X Converse party at SXSW (you can see a quick glimpse of the Golden Record at 1:38). You can also follow us on twitter to check out some pics and wisecracks.

Update: Fort Point Recordings is here at Rubber Tracks with us. Check out their great photo album on facebook.